The smart cities of the future will thrive on radical advances in technology like AI to ensure security architecture and civil governance. Whenever we think about a ‘smart city’, we visualize flying cars, data connectivity, robots, and digital management as the major drivers of convenience. All of these facilities incline towards facilitating a comfortable lifestyle. But, what about security? Have you ever noticed that cinema depicting older civilizations like Troy, the fall of a city discusses wars and other threats to the masses? Today, we live in a much safer era for humanity and contemporary movies also reflect these improved situations. The smart cities will further increase the security of its citizens by using modern AI-enabled security measures. Currently, half of the world’s population lives in urban areas and will grow with another 2.5 billion people by 2050. (McKinsey)

Problems with the Current Infrastructure in Cities: Dire Threats to Human Life and Well Being

Today, we are facing a shortage of security mechanisms as the relatively small police forces can’t tackle threats in densely populated areas. Using surveillance cameras or metal detectors results in vague efforts leading to compromises with citizens’ safety. We can’t monitor every corner through just human controllers. In tourism-driven cities, threats like terrorism, organized crime, sexual offenses against women and children along with cyber threats also prove fatal for the economy. The overpopulated and geographically small areas makes it difficult to take any proactive measures to predict or even do damage control in such situations. The infrastructure cannot rely solely on human mediators. The capacity to monitor data, analyze threatful developments, and identify triggers of unwanted events limits human staff. Moreover; epidemics, natural calamities, and rioting too need instant attention across the globe. The shortage of resources and utilization rates are two major setbacks for administrations.

Dive in deeper to learn how advanced AI-powered systems will address these problems to ensure a safe, dependable, and proactive environment for tomorrow’s generation.

It is the most important aspect of any AI-powered security system in a smart city. AI algorithms shall use the traffic movement to divert the routes of vehicles and reduce traffic-related problems. It also uses the history of accident-prone zones to alert the drivers. The spacing between two cars can be successfully controlled by using their GPS coordinates to reduce the chances of accidents. Roads, being a national asset, their improved utilization will benefit the economy. AI solutions can also recognize abnormal driving through movement on road to trace driving under alcohol consumption and mental breakdowns. Traffic jams, accidents caused due to faulty roads, clearing areas for official purposes, and tracking criminals fleeing through roadways are also done automatically.

Software finds the indicators of a probable anti-social activity by processing the video footage of the public places. Human beings can prove to be inefficient to monitor crowded areas continuously. Artificial intelligence video analytics can segregate and identify potential threats on a real-time basis. Deep learning also enables the detection of escalating violence by analyzing the body language of mobs and for organized crime. Dispatching task squads immediately at incidences like pointing guns, knives, and mob fights turn easier. The cameras and voice sensors placed all around the town connect to a centralized monitoring network using 5G connectivity for low latencies. I think we can expect increased response rates along with better up crime registration. 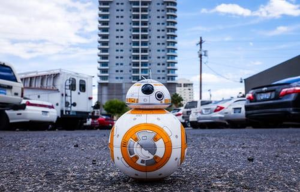 The deployment of various sensors, actuators, and AI-enabled patrol robots improves security by leaps and bounds. They find the weapons and explosives by using the geometrical features and chemical reactivity in proximity to particular substances. Artificial intelligence also empowers the patrol robots to approach these instances for direct engagement with threatful persons. AI bots can also help dispose of IEDs with remote support. IoT devices act as an autonomous layer of movable safety mechanisms in the entire city. You can expect them independently neutralizing the criminals as per the situation. Clubbing them with anti-insurgent forces to contain the collateral damage to human life is immensely beneficial for us.

The above-mentioned network of devices and sensors will generate gigantic data. This will demand continuous analysis with the help of new Big Data Analytics tools along with AI for streamlined monitoring. Adding to it, the cyber crimes will also pose a serious threat since this information will be vulnerable to a cluster of stakeholders’ devices and networks. Smart cities are particularly endangered by malware attacks and exposing government machinery will lead to an infrastructural collapse. AI bridges the gap between BDA tools and the use of data science through machine learning. It can also build virtual models through the user, application, network, and repository data for predictive measures.

We know that social media has played a pivotal role in tracking down suspicious activities. Proper mediation through the partnership between public social media networks, enterprise solutions like accounting solutions and payroll software for curbing money laundering are inevitable. This also addresses the concerns raised over our privacy. Sensitive information transmitting networks for industries like defense equipment and nuclear fuel shall are also brought under administrative surveillance. I think that the security of the city will also require interfacing utilities as their failure can cause backlashes on both the economic front along with law and order.

The epidemics like swine flu, ebola virus, and measles have attracted the attention of the global community. AI-based healthcare systems can help in identifying and controlling the spread of these epidemics. In the case of a natural calamity, the AI patrol robots can speed up the process of finding the survivors and evacuating the areas rapidly. Decisions regarding the damage control measures improve with the use of cognitive technologies. They connect with all devices in the city to help the state machinery. Human mediators can’t channelize task forces in densely crowded localities without the support of AI systems.

Once a terror suspect infiltrates in the city territory or a fugitive is on the run, the AI face recognition systems can help hunt them down. Finding criminals based on dubious activities, their vehicles, and usage of communication tools like social media, messaging platforms, cellular networks, and the internet becomes efficient. Keeping an eye on the suspects and history sheeters on multiple levels is a major benefit of employing AI for constant monitoring. Tracing high-intensity targets by manhunts is inefficient on a large scale due to the scale of the personnel deployed for encompassing the entire periphery. It also alerts the criminals. AI-enabled tracing systems covertly perform the same process.

The use of AI solutions as a part of state administration is a trending move made by the governments globally. Recently, the Indian government announced the National Centre for Artificial Intelligence as a part of its roadmap. Yet I feel that the potential for using AI is yet to be explored in entirety. The addition of new datasets and automation-based machine learning in these systems will open doors to more resilient functionalities. The future of our smart cities will be redefined by smart AI applications and we will embark on newer horizons of intelligent civil safety infrastructure.

Divyang Metaliya is a Business Consultant at FactoHR, an India based HR and Payroll Software solution provider. He is a creative business strategist with more than 8 years of experience.